Researchers at a major botanical center in the province have helped save several species from extinction. Yang Wanli and Li Yingqing report from Kunming.

In recent months, Sun Weibang, director of the Kunming Botanical Garden in the southwestern province of Yunnan, has been busy making the final checks on the facility's renovation project, including redesigned signs and updated introductions to the most valuable plants.

As home to more than 8,840 plant species, the garden in Kunming－the provincial capital that is hosting the 15th Conference of the Parties to the Convention on Biological Diversity－is firmly expected to become a hot spot for tourists.

"We hope to attract visitors who have a deep interest in China's flora. In particular, the zone that exhibits Chinese plant species that have extremely small populations will demonstrate how biodiversity has been protected in the country," Sun said.

Approximately 20 percent of the world's plants are at risk of extinction. Of these, a significant number exist as populations of just a few individuals with limited distribution ranges, and they are under enormous pressure due to habitat destruction. In China, they are described as "plant species with extremely small populations" or PSESPs.

"The concept was developed by Chinese plant conservationists and first practiced in Yunnan. Aiming to save those species most at risk from extinction, it was all started by a bag of seeds," said Sun, who leads the province's PSESP program.

The story started in 2008, when Sun received a parcel from a farmer in Yangbi county, Dali Bai autonomous prefecture, in the northwest of the province. A note and some seeds sent by Chen Yousheng, a researcher with the Institute of Botany at the Chinese Academy of Sciences, were included in the package.

In his note, Chen asked Sun to help save Acer yangbiense, a critically endangered Yangbi maple tree, which was sparsely distributed in Yunnan. At the time, it was known to number just five individuals in one location in Yangbi.

To save the species from extinction, Sun and his team bred the seeds into seedlings in the botanical garden and transplanted a small number in Yangbi in an attempt to restore the population.

In the years that followed, the team conducted comprehensive surveys and recorded 577 individuals in 12 locations－that's still the most accurate number of Yangbi maples in the wild.

"To save the species, we've kept about 50 Yangbi maple trees in the botanical garden and transplanted more than 4,000 individuals in natural or seminatural habitats in Dali prefecture, successfully protecting the plant from extinction," Sun said. 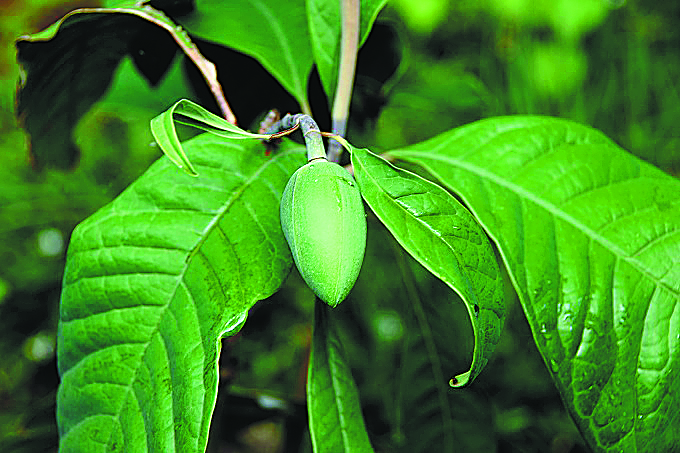 The Yangbi maple is an example of successful human intervention to pull a species back from the brink.

"China is one of the world's most biodiversity-rich nations, and Yunnan in particular is home to more than half the country's wildlife species," said Li Dezhu, head of the Germplasm Bank of Wild Species at the Kunming Institute of Botany.

However, due to their low populations and sparse distribution areas, some species are under threat from many influences, such as climate change, human activity and natural disasters, he said.

Moreover, population growth of some plants, such as Manglietiastrum sinicum－a type of magnolia known as huagaimu in Chinese and a member of the Magnoliaceae family, a genus unique to China－is restricted by its limited reproductive cycle.

In 2011, it was placed on the International Union for Conservation of Nature's Red List of Threatened Species because fewer than 50 trees had been discovered in the wild. It could only be saved from extinction by artificial breeding because it rarely reproduces in the wild.

In 1983, the Kunming Botanical Garden propagated saplings from seeds that had been transplanted for conservation. After three decades, a 13-meter-high tree blossomed in the garden for the first time, indicating that the team's off-site conservation program had been successful.

"Implementing conservation action for such listed species is an urgent task," Li said.

As the first province to initiate action to protect plant species with extremely small populations, Yunnan has invested 140 million yuan ($21.7 million) to safeguard flora in the past 15 years. By the end of 2019, the province had launched more than 120 projects and established 30 conservation areas for 61 plant species, according to the Yunnan Forestry and Grassland Bureau.

In the PSESP Garden, a special zone in the botanical garden, visitors can learn about some of the most threatened plants with small populations by getting close to them and by reading and watching detailed descriptions of how they have been saved.

In the garden, Sun showed off a special tree under national first-class protection－the Qiaojia five-needled pine, which is endemic to Yunnan's Qiaojia county.

When the species was discovered in 1990, only 34 trees were found in the wild.

The species is characterized by low levels of genetic diversity, vulnerability to many threats and a limited distribution range.

After years of conservation efforts, nearly 7,000 saplings or seedlings have been artificially propagated and cultivated from scratch. 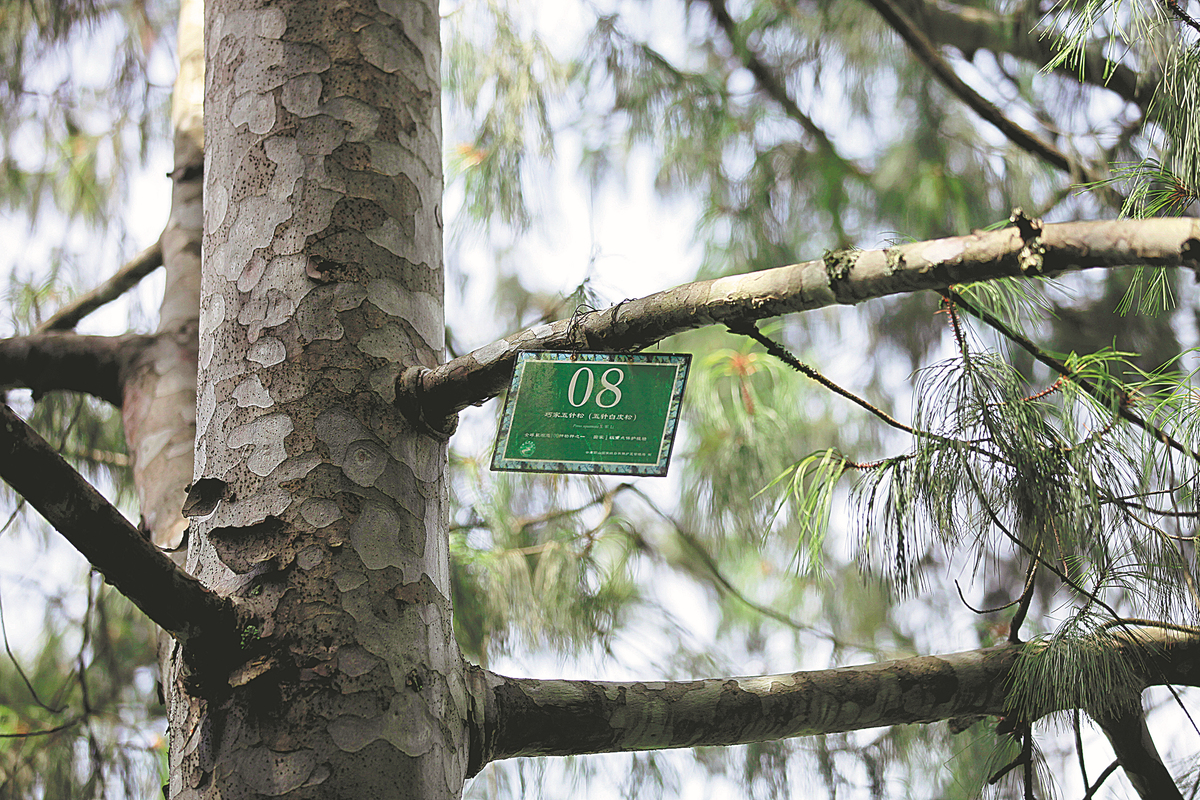 The Qiaojia five-needled pine is a species in Yunnan province that has an extremely small population. [Photo/Xinhua]

Researchers have numbered and fitted each individual wild plant with a GPS tracker so its condition can be monitored, and data－including height, tree crown diameter and diameter at chest height－have been collected steadily over the years.

"Statistics show that about 70 percent of the artificially cultivated saplings have survived," said Zhang Tianbi, a researcher at the botanical garden. On Aug 10, a Qiaojia five-needled pine that was cultivated off-site at the garden bore nuts for the first time.

Plant cultivation and seed storage are two of the main methods of this form of off-site conservation, because it's a simple, economical way of conserving certain plants and animals in selected areas outside of their natural habitats.

The Kunming Institute of Botany is currently storing the seeds of more than 10,000 plant species, the highest number among all countries in Asia.

Researchers from the institute have also developed plant tissue culture techniques (used to develop thousands of genetically identical plants from a single parent) for in vitro propagation and conservation. They have successfully propagated 42 plant species with extremely small populations via these techniques.

"Species that have survived for thousands of millennia, and were once widespread across the Northern Hemisphere but survive today only in China are a special part of the shared natural heritage of humanity. In such instances, the attention that the PSESP program brings to these species is especially important," wrote Peter Crane, an evolutionary biologist and plant paleontologist from the Yale School of the Environment in the United States, in an email exchange with China Daily.

"The program underpins China's role as the global guarantor of the long-term future of plant species that were here long before people came to dominate this planet. Reflecting on these ancient species should engender a degree of humility while encouraging us to think more carefully about calibrating our impacts on the natural world," he added. (CHINA DAILY) 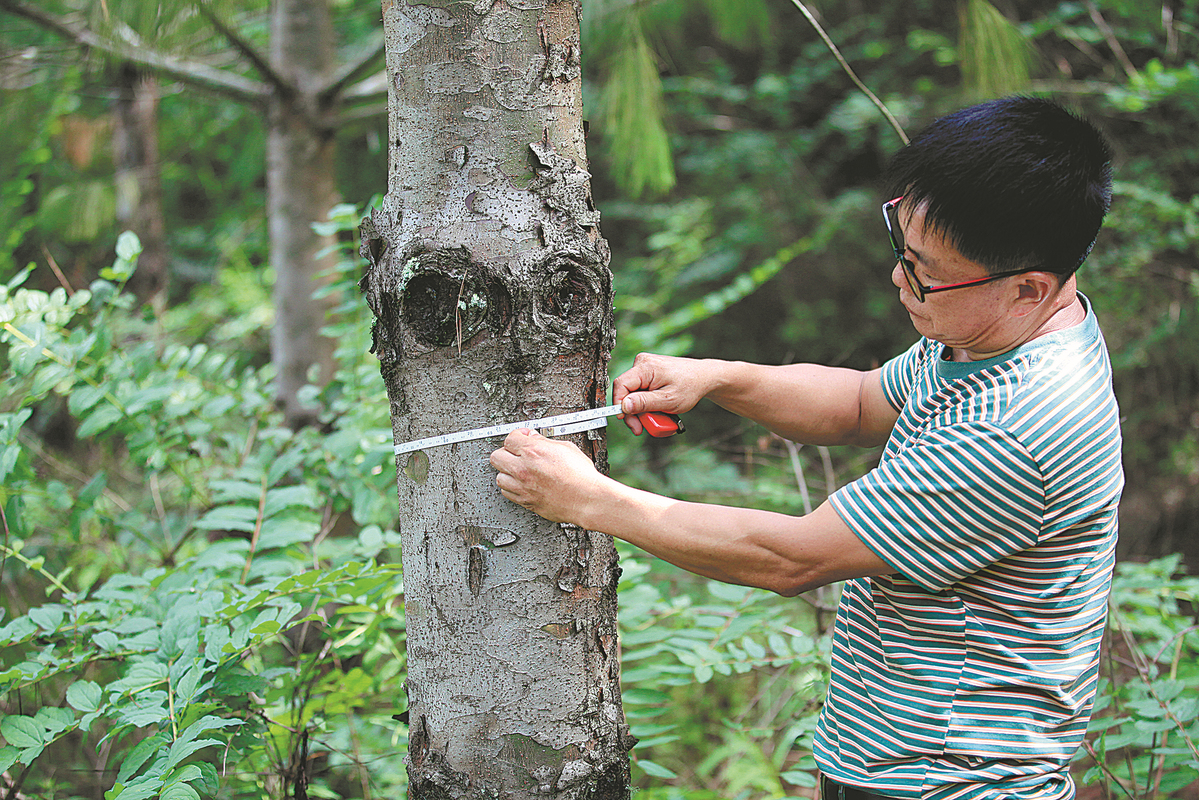 A researcher measures the diameter of one of the critically endangered trees at a nature reserve in the province in August. [Photo/Xinhua]