Progress seen in efforts to save ‘pandas of the plant world’

Although there are at least 25,000 species of orchids on Earth and 8 percent of all flowering plants are orchids, some of them are threatened with extinction and have been dubbed the "pandas of the plant world."Zhang Shibao, a researcher from Kunming Institute of Botany under the Chinese Academy of Sciences, has paid special attention to the endangered strain, called paphiopedilum, after spending over two decades on the whole orchid family."After being discovered in the 1980s on a few mountainsides along the Nujiang River in Southwest China's Yunnan Province, it became a critically endangered plant due to its ornamental value among flower and plant lovers and collectors," Zhang told the Global Times on Wednesday. Zhang now checks the growth of orchid seedlings every day, like they are his own kids.He explained that paphiopedilum appear in the Convention on International Trade in Endangered Species of Wild Fauna and Flora (CITES) Appendix I together with China's giant pandas, with international trade strictly forbidden.According to Zhang, orchids are very sensitive to environmental changes and human activities. "Habitat destruction and large-scale digging have harmed these plants in the wild," he said.

When the rare wild paphiopedilum was discovered in the 1970s, it caused a sensation in the international horticultural community and demand was strong in the international market due to its ornamental and cultural value."People went crazy for its color, flower shape and fragrance, not just in China, but also in Europe," he recalled. "These collectors came to China and Southeast Asia for them, as they also had a long tradition of cultivating orchids. At the peak time in the 1980s, a paphiopedilum plant could sell for $8,000."Their complex life cycle involving a fungal partner, at least for germination, and specific pollinators, makes it very difficult to study and conserve them. In the wild, they can "deceive" pollinators. The spots or hairs on the flowers attract predators by resembling aphids, and tunnel-like holes attract bees looking for nesting sites. Once an aphid predator or bee has settled on the flower, it is forced to touch the anther and stigma to assist pollination, receiving no benefit from the plant."It is not the plant itself, but the interactions of plants, fungi and animals that we need to take into consideration for conservation work," said Zhang, whose team are working on artificial propagation and cultivation methods that can effectively protect wild orchids. The number of paphiopedilum malipoense has increased from just a dozen in the wild into 10,000 thanks to the careful conservation efforts of the research team. 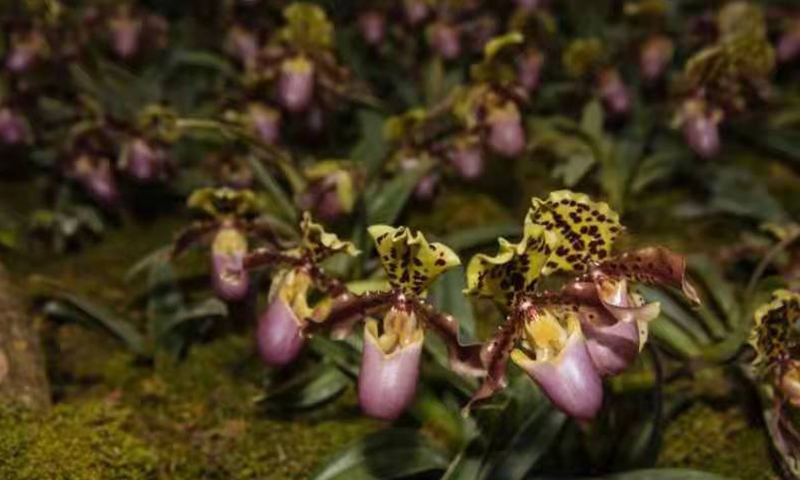 These propagated plants will be moved back to the place of origin, where they can take part in their original ecosystem made up of certain fungi and pollinators to help the recovery of the wild population.The survival rate of paphiopedilum transplanted in the wild can reach 70 percent to 80 percent. Several thousand malipoense seedlings have been moved to their place of origin, some of which have even blossomed.But that is not enough for Zhang, who still hopes to find a solution to meeting the high demand for flowers, which has caused illegal digging and international trade threatening species in the wild in the past."We cross-fertilized wild plants to breed new paphiopedilum varieties with a wider range of colors, which have more beautiful flowers than the wild ones," he noted. "Different orchids have different genetic traits. We can aggregate good genes to create new traits or new varieties through hybridization and other means. In fact, we are now able to realize large-scale artificial breeding for 20 varieties." (GLOBAL TIMES) 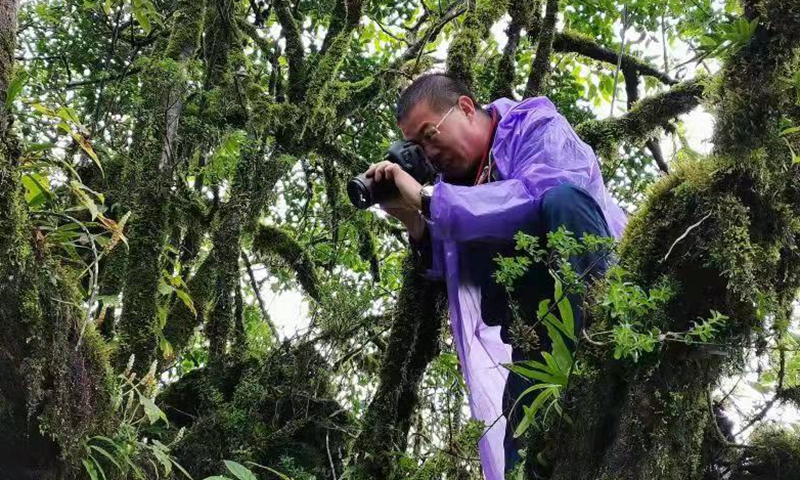